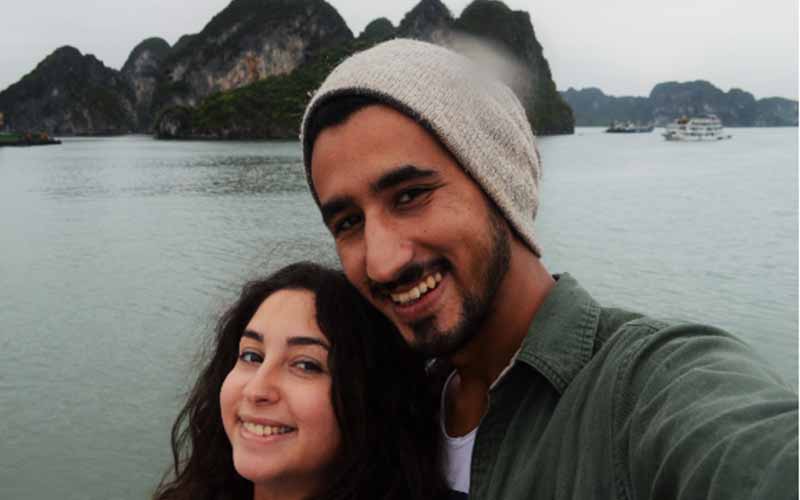 According to legend, Khaleesi is the mother of the dragons. Halong Bay, can be where they decide to live?

According to the myth: Once the Vietnamese were attacked by invaders and then rescued by dragons sent by the gods to protect them… The dragons began to spit, not fire but jewels that turned into islands. 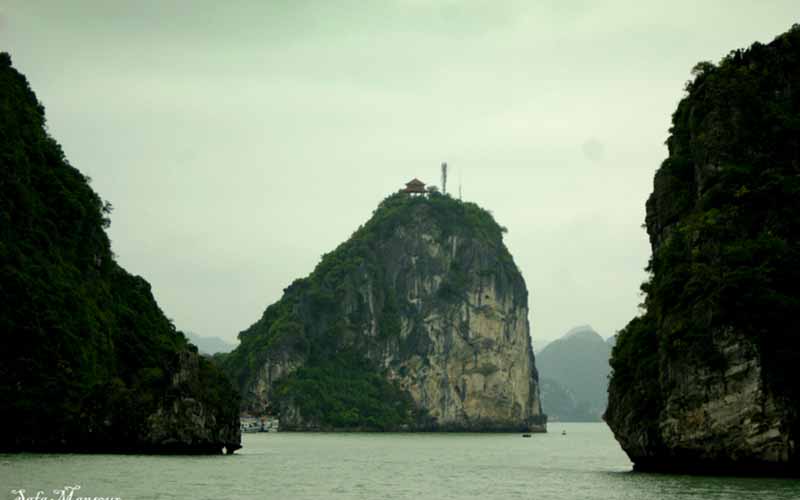 About 1,600 islands and islets crown Ha Long Bay ... a fantastic landscape that reigns over the Gulf of Tonkin. “Halong Bay”...Is one of the seven new wonders of nature, it is a paradise on earth that we dream to visit ...more precisely by boat!

Like the real backpackers we have our own habits, Yesser, Safa, Amine and I did our research. We realized that it was imperative to pay attention because the Halong Bay was the main tourist attraction of Vietnam, thus enabling that all the scams are possible and imaginable. Before going on to this adventure, we went around the agencies, while following the weather forecasts.

We chose to spend two days and one night, where we found a suitable offer on a tight budget without giving up the best. On the other hand … the weather, was synonymous of disappointment to visit the bay that was diving, it seems in the mist. 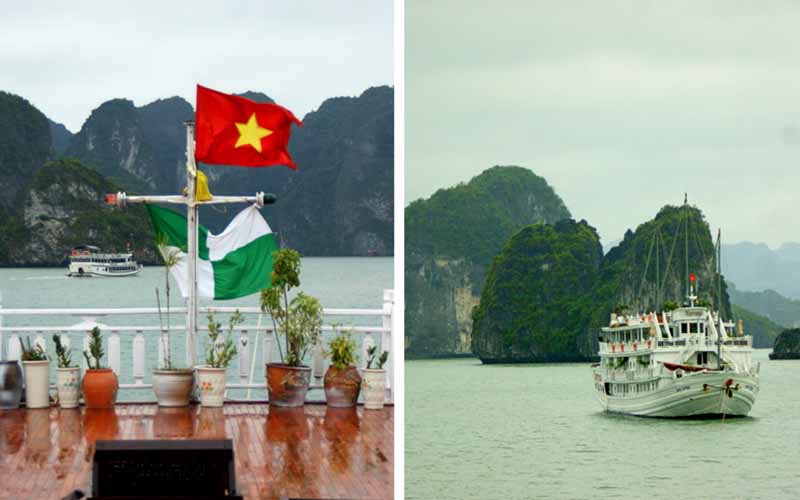 We took the bus from Hanoi, accompanied by a group of Argentine tourists: Really the most disturbing, noisy and rude of all time, a real nightmare had just begun!

Arrived at the city Cat Ba at the end of 180 Km and 4h30 of road desires for murder come to our minds. Fortunately the boat was waiting for us with our guide at the reception, we started the walk through a floating village, then across the bay, bewitched by the serenity of the place. Once the boat was placed on with the kayaks in the water, we were off for a good hour of a fun ride in the middle of the rocks. 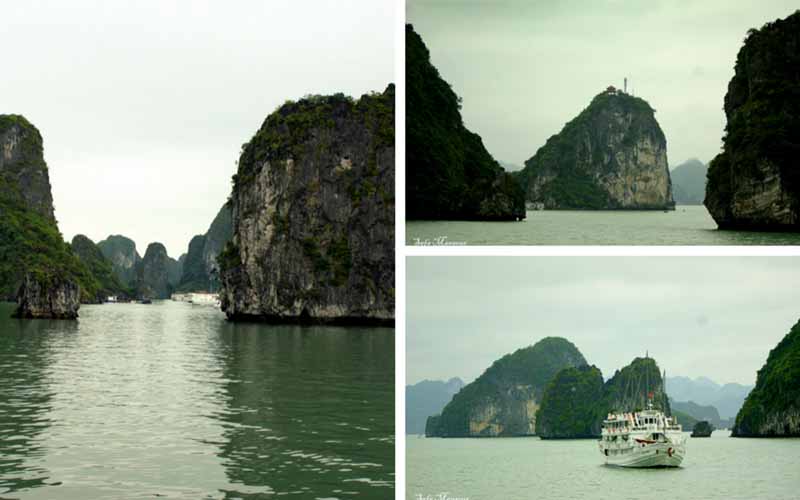 Our greatest memory remains, the nightfall on the deck of the boat...And that pleasure of mooring the evening in the middle of nowhere and nobody in sight... In the morning a gentle awakening, we sailed in an endless silence, in the middle of beautiful karst islets.

It was still time to go further and do more activities. A tour in a fishing village followed by the climb to the Tip Top, a spectacular view of the bay was offered to us, followed by a required passage at Sung Sot Cave: A huge cave dug by time in a mountain of limestone. Back on the boat, time to cook, we prepared ourselves our meal: the menu, rice obviously but also spring rolls, raw vegetables and fish.

After a good meal shared, the way back, was quiet, punctuated by jokes and songs. 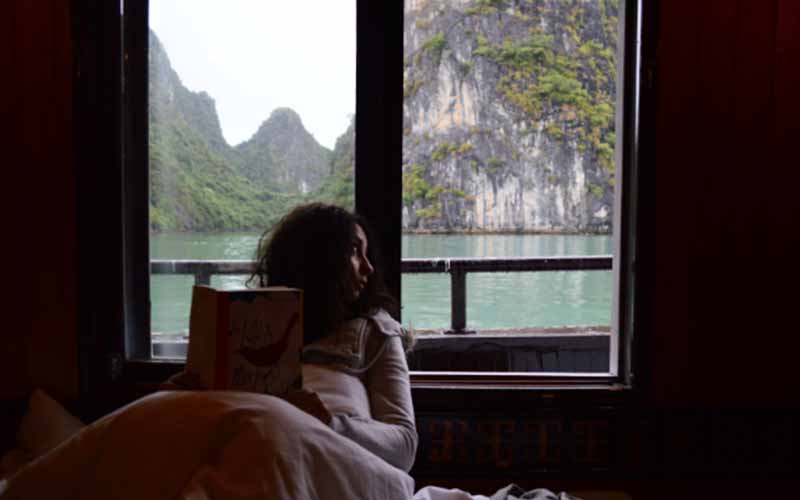 The shouts of joy of our Argentinean companions too drunk didn’t disturb us anymore! All is well that ends well. We are so excited for next adventure!