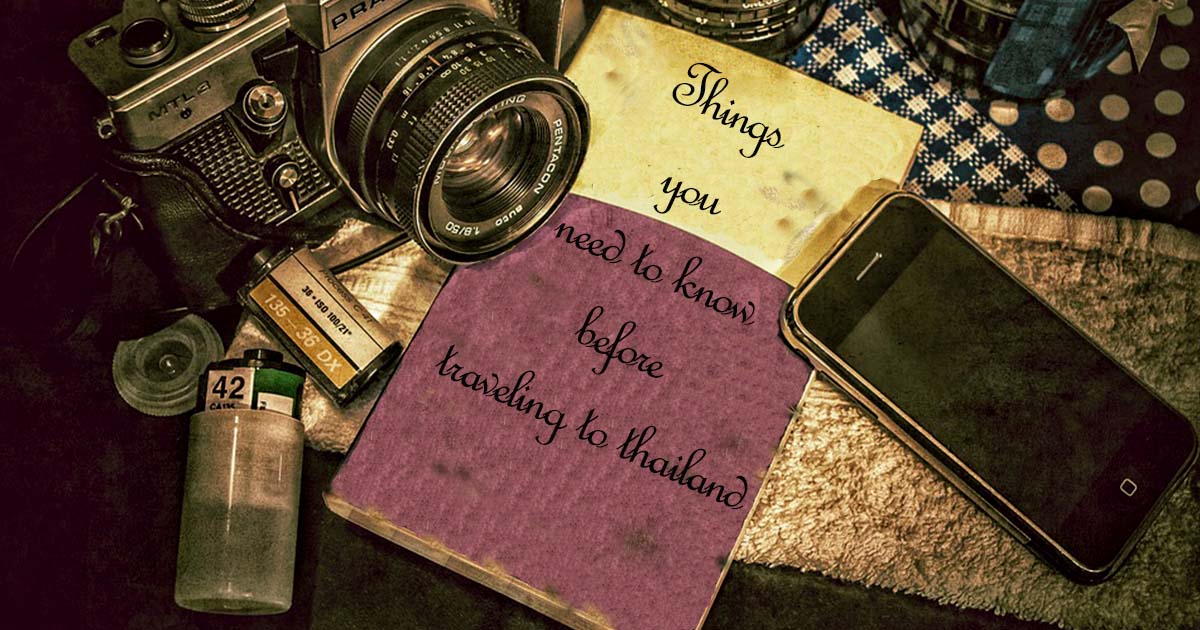 No one can deny that Thailand is a country that has a rich cultural heritage and that it has a lot of surprises on every corner of the street. Here, there are values to be respected and taken into account.

These are the ten mistakes to avoid when visiting Thailand.

Never point to anything with your feet

In Thailand, you should not point your feet at anyone or even put them on a table. Thais consider them the lowest and dirtiest part of the body, therefore,  doing anything other than walking with your feet is against the grain of Thai culture.

Contrary to the feet, the head is the most sacred part of the body and touching a Thai's head especially a child is an embarrassing mistake to avoid. This is considered to be a disrespectful behavior or at least a cultural faux-pas.

It is preferable in Thailand to dress well and to expose as little as possible the parts of the body and in particular the legs, the shoulders, and the back. Even if Thailand is a touristic destination,  you should pay attention to what you wear, especially if you are outside of the beach.

Royalty is something extremely sacred in Thailand, so it is necessary to avoid any criticism, insults or mockery towards it. These facts are considered to be a crime of lese-majesty and are even punishable by a prison sentence and in some cases a death penalty.

In Thailand, every male will become a monk for at least a short period in his life. If you are a woman, don't touch the monks, no brace and even no offering. If you want to give them something, it has to go through a man.

The rules to be respected in the temples

When visiting a Buddhist temple, it is necessary to know that it is not enough to be present,  you have to respect several rules : to dress respectfully, to remove the shoes before entering, not to make any noise in this place of prayer, Do not kiss or hug, your feet should not point towards the Buddha statue, you should not sit on the bleachers and climb the ancient monuments, do not smoke.

Public displays of affection are not welcome

All forms of public physical affection between men and women are considered to be impolite, even if Thais may not let anything appear, this kind of behavior is not tolerated and can hit their feelings since they are extremely modest.

If you face any problem, instead of losing patience and taking things too seriously, try to control your bad temper. For Buddhists, a non-confrontational emotional response is synonymous with reward in your future life.

Do not whistle at night

It's a Thai superstition that believes that whistling at night is likely to bring ghosts and evil spirits. Generally, Thais do not whistle after the nightfall,  and if a whistle is heard, many of them will be uncomfortable.

Don’t point with your index finger

Pointing with your finger is considered to be rude. If you want to indicate a person, do it by lifting your chin in his direction, or try to point with your entire hand. It is less precise but more appropriate.

We sometimes make cultural mistakes on a trip abroad, and it is for this reason that we must have the minimum information about the destination that we have planned to visit.