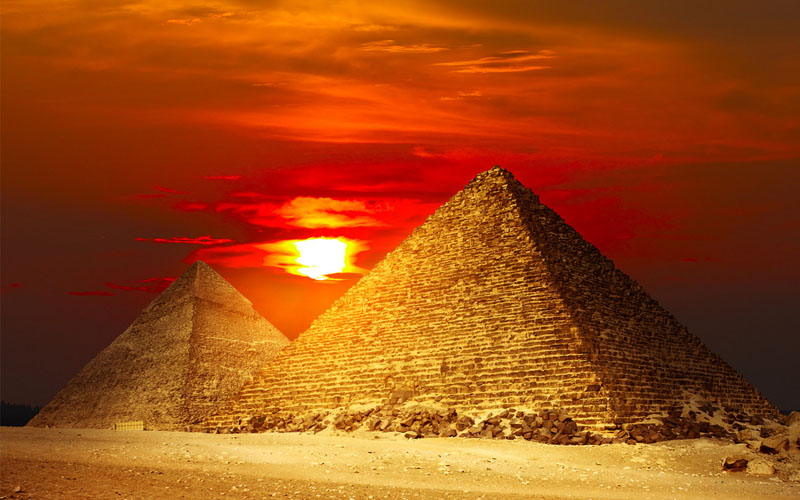 A former French postman says he has discovered the secret of building the pyramids of Egypt. During the last 40 years he has done research in this direction.

Michel who studies since several decades the history and architecture of Egypt has recently launched a theory about the construction of the pyramids, a theory which concords with several domain experts, writes International Business Times. The French man declares himself fascinated by the pyramids since 1972 when he watched the film "Land of the Pharaos".

Why other theories are are false

The amateur archaeologist said that the observations and calculations made on a pyramid rarely can be applied to another.

The French has detailed that the method discovery by him is one that that relies on a system of ramps, adapted for the pyramids of all sizes. It's a simple, intuitive, economical, durable and easy to check. Michel shows in this way that the Egyptians raised the pyramids with ramps, on which they pulled sleds stones. Subsequently the ramps were used for the construction of the pyramids roofs. According to experts, the possibility of transportation of large stone blocks on sledges is not only plausible but also highly likely.

Something that gives even more reason to this theory

Recently, physicists from the Foundation for Fundamental Research on Matter and the University of Amsterdam, Holland both have successfully deciphered something which Egyptians used to build for the construction of the pyramids: they moistened the sand before sled that carries the stone blocks to better drag and move the old vehicle.

The use of water to moisten the sand has reduced to half the required workers who should pull the sleigh with giant stones. The researchers conducted tests which showed that the humification sand led to the reduction with half of the sled pulling force.

A mural discovered in the tomb of Djehutihotep clearly shows how a colossal statue, which is on the sled, is pulled by the workers and in the rear part of the vehicle is observed an Egyptian who waters the sand with water.