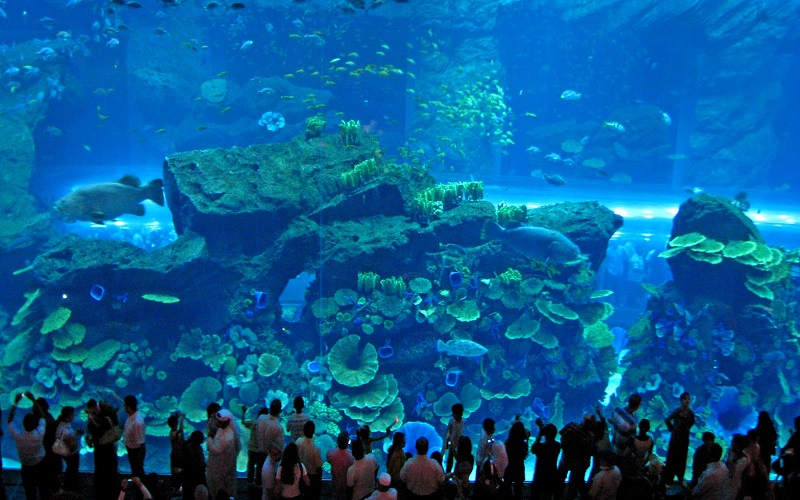 The majority of the most visited aquariums in the world hold millions of gallons of water that houses the best-known marine animals such as penguins, otters and sharks.

If you're a fan of giant aquariums you'll find in the places we have chosen for you the most coveted aquariums around the world. Here is the top of the five best aquariums in the world to discover urgently ASAP!

This aquarium has one of the most comprehensive exhibitions of jellyfish. Built on the site of a former sardine cannery, it is also the first aquarium in the world to grow a giant California kelp whose display is made on a number of floors high.

This aquarium has over 400 species of Australian native marine life, and represents all of the 12000 km of coastline of Western Australia. It also has one of the most distinguished coral exhibitions.

This is the largest aquarium in Europe. It  has a tunnel with underwater treadmill and offers stunning views of the sea.

This aquarium is located in the world's largest shopping center. It offers a giant seascape containing nearly 33,000 specimens. He managed to include a tunnel stepper of 270 degrees and a small zoo located directly above the aquarium.

This giant aquarium has two display levels which ensure amazing views. It is beautifully designed being very complete with more than 500 pieces of animals even if some are non-aquatic kind.

Have you ever visited one of these places? Can you name other cities where you can find interesting aquariums?