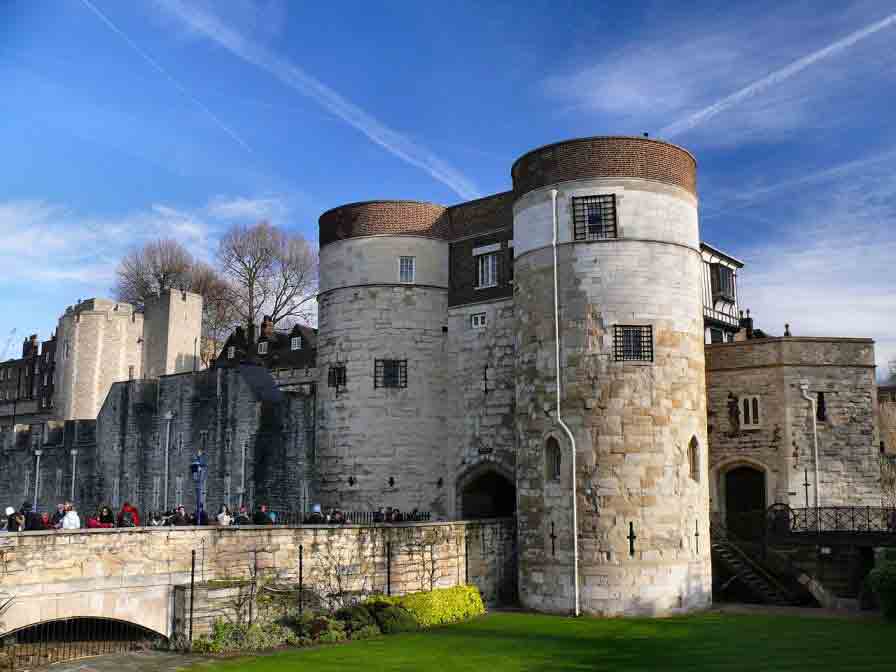 Since the dawn of time, ghosts, the inexplicable and strange phenomena arouse our imagination. To believe in or not it is a personal choice but sometimes obviously we do have questions about.

This is one of the most valuable monuments of medieval architecture, raised on a rock that provides a magnificent view to the country of Birsa. In the "Encyclopedia of the haunted places" they  are citing  the fountain located in the inner courtyard of the castle, which closes an underground tunnel of 50m where people photographed strange lights and shadows!

The Tower of London, England

Is perhaps one of the most haunted places. The most famous spirit that haunts the Tower is the one of the wives of Henry VII, beheaded in the Tower in 1536. Often, his ghost who wears the head can be seen in the Chapel of the Tower and on the lawn " Green Tower ".But it is not the only one! The ghost of Thomas Becket, Sir Walter Raleigh and Henry VII th can also be seen.

Discover a labyrinth of tunnels and crypts beneath the streets of Paris, where the Parisians put the bones for 30 years. Now the space contains the bodies of more than 6 million Parisians. The place is really scary!

Nicknamed "the Bermuda Triangle" of Romania, Baciu forest situated near Cluj-Napoca in Romania, is known even overseas due to its paranormal phenomena that take place there: cars without drivers can climb a hill without problems, apparitions spots that move in a precise manner. It turned out that the phenomena have a periodicity which is related to a geometric progression of the years. When those phenomena occur even animals become very nervous.

The big house is "inhabited" by the ghost of Annie Palmer, the daughter of a Voodoo priest. Her appearance can be noticed by blood stains. She killed three husbands and a succession of slaves of love by poisoning, witchcraft and strangulation. According to the legend in the house you can see the ghost of Annie and the ghosts of the children of slaves who she sacrificed during the rituals.

It is known as one of the most haunted places in Scotland. A headless drummer, the spirits of the prisoners of the Seven Years War, the American prisoners of war and even the ghost of a dog in the cemetery can be seen.

It is a place where authorities forbid people to enter before sunrise and after sunset. It is said that a witch cursed the city. The town dates back to the 17th century and it was destroyed by the army and only his temple remains intact without being inhabited since. Tourists who visit this place say that the atmosphere is weird and causes symptoms of anxiety and nervousness.

Doors slamming, windows that open and voices who cry of those who were killed during the war have transformed this place into an experience to live only by those who have a strong heart.

It is Roro Kidul Nyai the daughter of King Prabu Siliwangi and Queen of the South Sea which arouses the imagination of this place after she committed suicide by diving from a rock into the sea. They say that if someone wears the green color (the favorite color of the Queen) when it swims, it will be pulled by the ghost into the sea. The room 308 " at the Samudra Beach Hotel" is reserved for the Queen!

One of the top destinations for tourists and reported to be haunted by numerous ghosts playing with the lights, shout or whisper in the hotel. If you are brave enough you can see it for yourself.

Have you visited any of these places?